The Atacama Desert is a virtually rainless plateau in South America, covering a 966 km (600 mi) strip of land on the Pacific coast of South America, west of the Andes mountains.

The Atacama desert is, according to NASA, National Geographic and many other publications, the driest desert in the world.
The rain shadow on the leeward side of the Chilean Coast Range and the Andes, as well as a coastal inversion layer created by the cold offshore Humboldt Current, keep this over 20 million-year-old desert 50 times drier than California’s Death Valley.
The Atacama occupies 181,300 square kilometers (70,000 mi²)bin northern Chile, composed mostly of salt basins (salares), sand, and lava flows

Salar de Atacama is the largest salt flat in Chile. It is located 55 kmsouth of San Pedro de Atacama, is surrounded by mountains and has no drainage outlets.
To the east is enclosed by the main chain of the Andes, while to the west lies a secondary mountain range of the Andes called Cordillera de Domeyko. Large volcanoes dominate the landscape, including the Licancabur, Acamarachi, Aguas Calientes and the Láscar.

The latter is one of the most active volcanoes in Chile. All of them are located along the eastern side of the Salar de Atacama, forming a generally north-south trending line of volcanoes that separate it from smaller endorheic basins.

Lauca National Park is located in Chile’s far north, in the Andean range. It encompasses an area of 1,379 km² of altiplano and mountains, the latter consisting mainly of enormous volcanoes. Las Vicuñas National Reserve is its neighbour to the south. Both protected areas, along with Salar de Surire Natural Monument, form Lauca Biosphere Reserve. The park borders Sajama National Park in Bolivia.

One of the main attractions of the park is the small lacustrine area formed by Chungará and Cotacotani lakes, which lies at the foothills of the Nevados de Payachata. Other majestic volcanoes forming part of the national park are the Guallatiri and the Acotango. Lauca features include archaeological sites, lava fields and volcanic calderas. Within the park is located the town of Parinacota with its colonial church.

The headwaters of Lauca River are also found within the park and bordering it to the west is Lluta River.

The international Route CH-11 passes through this protected area. It runs from the Pan-American Highway in the vicinity of Arica to Tambo Quemado Pass and provides the main access to the park.

El Tatio Geyser Field (locally known as Los Géiseres del Tatio) is located within the Andes Mountains of northern Chile at 4,200 meters above mean sea level. Contrary to some reports, it is not the highest-elevation geyser field in the world. Puchuldiza Geyser Field, Chile, and possibly several other fields are higher in elevation (Glennon, J.A. and Pfaff, R.M., 2003).

Tourists often visit the geysers while touring the nearby Atacama Desert and the village San Pedro de Atacama. “With over 80 active geysers, El Tatio is the largest geyser field in the southern hemisphere and the third largest field in the world, after Yellowstone, USA, and Dolina Giezerov (partially destroyed June 2007), Russia” (Glennon, J.A. and Pfaff, R.M., 2003). 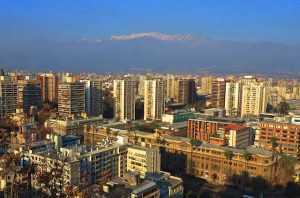 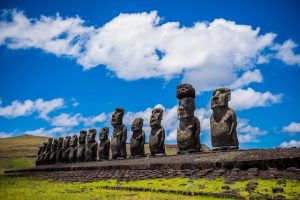