Have you ever wondered if there is a point where the Earth ends ? Well yes, Ushuaia, the end of the world. When you get to this point in the geography there is no more, being the closest, Antarctica, about 1,000 kilometers to the south. It’s no wonder that excursions in Ushuaia are the most sought after vacation option around the world!

Ushuaia is the capital of Tierra del Fuego and it is the only city in Argentina that is located on the western side of the Andes. That yes, by little! And how do you get to the end of the world? Well, it is worth mentioning that it is not an easy path, since you have to cross all of Patagonia and then avoid dirt roads and endless plains. And after that, you have to cross the sea, more specifically the Strait of Magellan. It sounds complicated, which is why the best and most recommended is to arrive by plane.

One of the characteristics that usually attracts travelers is its average annual temperature of 5.7 ºC, which allows you to make the most of its snowy season. A different kind of tourism, but one that is really worth trying.

What are the best tour agencies in Ushuaia

Ushuaia has become a tourist enclave, which has been echoed by many excursion agencies that today form a great offer from which to choose. Here we leave you the best:

A new year is approaching and it is time to travel again. What will be the prices of the excursions in Ushuaia in 2021? Well, the prices will not be very different from those of 2020, being able to choose between simple and affordable activities or those more adventurous and unforgettable. Here’s an orientation:

What excursions to do in Ushuaia in summer

It is to be expected that in such an incredible corner of the world, the end of the Earth, there will be multiple attractions to see and visit, inhospitable places where you can make unforgettable excursions. Would you like to discover some of them?

Its strategic location already makes us think about the importance that this city had in maritime trade. The history of Tierra del Fuego already speaks of it, from the arrival of the indigenous Yámanas to the first expeditions, as well as a list of shipwrecks.

All of this was reflected in the Maritime and Presidio Museum, located in what was once the area’s prison. This jail was built by the same prisoners who would later inhabit it and it was concluded in 1920. It was active for 27 years in which more than 800 prisoners passed. This is a somewhat creepy but exciting excursion at the same time. An adrenaline rush!

End of the World Museum

Following museums, this one tells us the history of Tierra del Fuego from two very different perspectives, but both interesting: that of the indigenous people and that of the settlers. In it we can enjoy seeing tools and utensils from both civilizations, all original and with a detailed description of what they were for.

On the other hand, you will also be able to know everything related to nature and the native birds of the place. This will certainly be a very instructive excursion.

Although we wanted to tell you about its museums, Ushuaia is not famous for them, but for its natural beauties. One of them is the Tierra de Fuego National Park, which is only 12 kilometers from the city and where we can take some trails to get to know it.

This is a land suitable for adventurers, for lovers of nature and hiking. One of its final and most beautiful points is Lapataia Bay, which is surrounded by Magellanic forests and a truly impressive dune.

These two places at the end of the world are among the most admired by travelers from around the world. The Esmeralda lagoon, as its name suggests, has an intense color between blue and green that is able to reflect the peaks of the snow-capped mountains of the Andes in a scene that looks like a magazine.

On the other hand, although the Martial glacier is just a piece of ice compared to the imposing Perito Moreno, the climb to it will be a delight for trekking enthusiasts, while the views of the city that are obtained from there are an enjoyment. for the view.

Get on the end of the world train

Its original name is Ferrocarril Austral Fueguino and it covers a round trip of 8 kilometers. Cross the Pipo Valley and take a short break at the Macarena waterfall, which you can enjoy for about 15 minutes. Then you enter a Magellan forest where you can see areas such as where the prisoners cut trees to supply the city with wood.

This channel that separates Argentina from Chile was made famous by an incident suffered by the ship HMS Beagle, in which Charles Darwin was going. The waters became furious and the boat had to make several adventures to get out of the way.

Today you can go on a three-hour trip to discover some of its charms such as the Les Eclarieurs Lighthouse, one of the most photographed in the world for its incredible location that seems to be taken from the cover of a travel magazine. It can be one of the most interesting excursions in Ushuaia.

What comes to mind when you think of cold lands near Antarctica? Penguins! On Isla Martillo they can be seen from October to April and from very close. You can even walk among them!

And a visit to Antarctica?

One of the most interesting excursions in Ushuaia is the one that comes from approaching Antarctica. It is done on an expedition cruise from which you can enjoy the views throughout the tour. Do not miss this opportunity!

There is no doubt that Ushuaia is an impressive place to begin or continue your adventure in Patagonia . 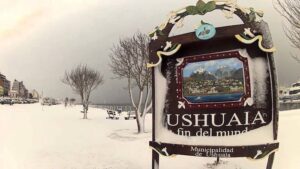 What to do in Ushuaia in Winter

Ushuaia, located at the southernmost tip of Argentina, is known for its rugged beauty and outdoor 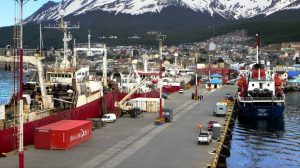 What to do in Ushuaia from the Cruise Port

Ushuaia, located at the southernmost tip of Argentina, is a popular destination for cruise ship passengers 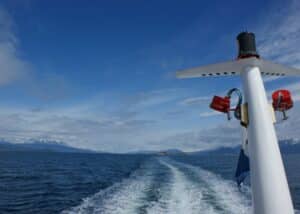 Ushuaia, located at the southernmost tip of Argentina, is often referred to as the “End of 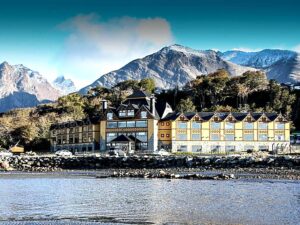 Romantic, beautiful and charming. This is our list of romantic hotels in Ushuaia , Argentina .