Mare Australis and Via Australis are Expedition Cruise Ships that sail through the Strait of Magellan and the Beagle Channel and explore one of the most beautiful wilderness regions in the world: Patagonia and Tierra del Fuego, at the southernmost tip of the South American continent.

Each voyage takes you through channels, bays, fjords, and past glaciers, snow-capped mountains, islands and unexplored forests of incomparable beauty. You will be accompanied by penguins, elephant seals and sea lions, as well as by imposing Serrano, D’Agostini, Águila, Pia, Garibaldi and other glaciers, whose majesty will live on in your memory long after the journey has ended. Experience exciting adventures all the way to Cape Horn, the last promontory seen by those bound for Antarctica and the point where the Atlantic and Pacific Oceans. You will enjoy daily excursions to a land where our guides will teach you about the regional flora and fauna, as well as the history of its first inhabitants.

In short, exploring Patagonia aboard Cruceros Australis is the adventure of a lifetime.

The indigenous Fuegians belonged to several tribes including the Ona (Selk’nam), Haush (Manek’enk), Yahgan (Yámana), and Alacaluf (Kawésqar). All of these tribes except the Selk’nam lived exclusively in coastal areas. The Yaghans and the Alacaluf traveled by canoes around the islands of the archipelago, while the coast dwelling Haush did not. The Selk’nam lived in the interior of Isla Grande de Tierra del Fuego and lived mainly by hunting guanacos. The Fuegian peoples spoke several distinct languages: both the Kawésqar language and the Yaghan language are considered language isolates, while the Selk’nams spoke a Chon language like the Tehuelches on the mainland.

When Europeans, Chileans and Argentines studied and settled on the islands in the mid-19th century, they brought with them diseases such as measles and smallpox for which the Fuegians had no immunity. The Fuegian population was devastated by the diseases, and their numbers were reduced from several thousand in the 19th century to hundreds in the 20th century. There are no full-blooded native Fuegians today; the last died in 1999.

The Strait of Magellan (often referred to as the Straits of Magellan and rarely as the Magellanic Strait) comprises a navigable sea route immediately south of mainland Chile and north of Isla Grande de Tierra del Fuego. The waterway is the most important natural passage between the Pacific and the Atlantic oceans, but it is considered a difficult route to navigate because of the inhospitable climate[specify] and the narrowness of the passage. 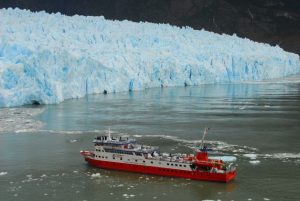 What exactly are Skorpios Cruises Chile? This is a question that is definitely worth exploring if 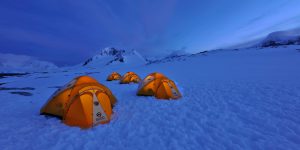 How to get to Antarctica

Due to the position of Antarctica at the end of continent Earth, reaching Antarctica involves a

The 5 craziest experiences you can have in Antarctica

So … what can I do in Antarctica? … A lot. We wrote this full post