Puerto Deseado is a city and fishing port in Patagonia, in the province of Santa Cruz, Argentina, on the estuary of the Deseado River. The port, 32 km away, was named Port Desire by the privateer Thomas Cavendish in 1586, after the name of its flagship, and later changed for its translation into Spanish. The town has two seats, a railway station. and two museums, one with a collection of artifacts from the original peoples, and the other with relics of the corvette Swift that sank in 1770, recovered after being discovered in the harbor in 1982.
The city is communicated through National Route 281, 126 km long, with National Route 3. It is 304 km from the city of Comodoro Rivadavia; from Río Gallegos 788 km; from Caleta Olivia, 210 km; and from Buenos Aires 2,024 km.

In Puerto Deseado, nature lovers can visit the different Nature Reserves of Ría Deseado, Cabo Blanco and Isla Pingüino. These three places have in common that they provide an accessible and close contact with the environment, flora and fauna.

This site was declared a Natural Reserve due to its particular characteristic of being a place where the river left its banks and was occupied by the sea. The special geological characteristics and the fauna make it unique in South America.

It is another unique place, where you can see one of the largest populations of sea lions in Argentina.

This island is located about 20 kilometers from the center of Puerto Deseado and arrives after a short navigation. There you can see and photograph Magellan penguins but you will also find the only colony of Rockhopper penguins on the Patagonian coast.

Puerto Deseado was once the coastal terminal for a cargo and passenger route that transported wool and lead from the Pico Truncado and Las Heras mines, located 280 km to the northwest.

In the center of the city, this restored wagon from 1898 is famous for being the car with which the rebel leader Facón Grande prepared the “Rebellion of Patagonia.” In 1979 the car was almost sold for scrap, but disgruntled residents blocked the roads to stop the sale.

Learn more about the Patagonian Coast: 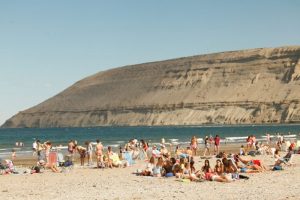 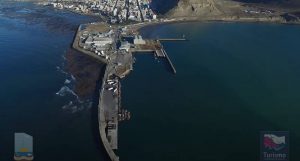 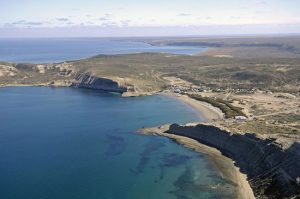