What to see in Buenos Aires!

Buenos Aires , the capital of Argentina, is a city with a unique enclave and a privileged climate. Not for less is it chosen by millions of tourists every year who do not want to stop enjoying its charms. And there is a lot what to see in Buenos Aires !

There are many reasons to visit the Argentine capital, such as its variety in gastronomy, cultures, languages and much more. Furthermore, Argentines are very happy and talkative people those who like to party anything and enjoy dancing all night long. What more reasons do you need to take a walk through this magnificent place? Well, without a doubt, its many attractions to visit.

Everything you have to see in Buenos Aires

Buenos Aires offers a multitude of things to do, monuments to see, interesting people to meet. They say that a trip is more than seeing places, it is feeling like one more in a world unknown to you until now. This is possible in the Argentine capital! Enjoy talking with its people, ask about the most remote places known to them, dance tango in the street … Enjoy Buenos Aires.

Of course, even if you invest time in discovering secret places for many tourists, you cannot forget the most characteristic and representative things to see in Buenos Aires. Are you ready to come on a trip with us? So let’s go!

Any post that tells you about this city and what to see in Buenos Aires, will begin with the Plaza de Mayo, since it is the nerve center of the city. With his silence he will tell you the story of the great events that took place in it and that left their mark on the country.

Around it you will find the most emblematic buildings such as the Cabildo Histórico, the Banco Nación or the incredible Casa Rosada. What is the Casa Rosada?

This building is so impressive that it deserves a section all to itself. We could say that it is like the White House in the United States or the Moncloa in Spain. Its clearly colonial architecture, mixes Hispanic and Arab styles in a unique and incomparable construction. If you want to visit it, don’t forget to make an appointment in advance, and don’t forget to visit its Patio de las Palmeras.

Tortoni coffee is a must see in Buenos Aires. Is over 150 years old and continues to maintain its original architecture. Possibly you already know that Argentina has been the cradle of internationally renowned poet and literary people. Well, this cafe was the meeting point for many of them. There they exchanged ideas and inspired each other. They attended so regularly that they became known as ‘La Peña del Tortoni’.

In a neighborhood known as La Boca, you will find this passage that is really peculiar, traditional and emblematic. It has become a tourist attraction for visitors. Opened in 1866 and, since then, it has not undergone any remodeling, but it is in an optimal state of conservation. What makes it so special?

Well, after several years abandoned and used as a garbage dump, the houses were painted in colors and it became a pedestrian street full of joy and liveliness. Walking around it is a delight to behold. In addition, it is an excellent place to get souvenirs from the city or the country.

The planetarium in Buenos Aires is a must. Not only its shape is worth seeing, but its history and everything that it houses inside. The building was built in 1962 and was inspired by Saturn and its rings. Today it is still used in order to make astronomy projections and interactive activities related to the universe.

This is a set of parks found in the neighborhood of Palermo and that form 40 hectares. We could say that it is the Central Park of Buenos Aires, because thanks to it the city can breathe. As a feature, we must highlight an impressive white bridge located in El Rosedal park where you can cross over one of the lakes.

It is the most famous shopping center in the city, for its first international brands (such as Fifth Avenue in New York) and for the architectural beauty of the building that was built in 1888 and has been declared a National Historic Landmark. Inside, its frescoes on the ceiling by renowned artists such as Antonio Berni stand out. A must see in Buenos Aires, even if you don’t buy anything.

It is one of the most wonderful libraries in the world. Formerly it was a theater, called the Grand Splendid, where luxury and sophistication prevailed, adjectives that are clearly seen in the construction and decoration of the building, which are maintained to this day. The difference is that today, the room is full of bookshelves and not armchairs.

Quino, a recently deceased cartoonist, comedian and comedian, created a character that went around the world: Mafalda. It is about a little girl with very transcendental concerns and questions that she tries to answer with her childish but overwhelming logic. Both she and her creator were born in this city, Buenos Aires, and therefore, his statue is worth visiting. In addition, she appears sitting on a bench in the San Telmo neighborhood so that you can sit by her side and take a most original photo.

This theater is a must see in Buenos Aires because is among the 5 best in the world . In fact, it is compared to the Vienna Opera or the Scala in Milan. Not only are its size and acoustics impressive, but the building is a true work of art.

The list of things to see in Buenos Aires would be endless, but we believe that with this we have given you more than enough reasons to come and visit the Argentine capital. Do you want to find the best prices on trips to Buenos Aires? Well Don’t stop talking to us and we will find the package that best suits your pocket and needs. 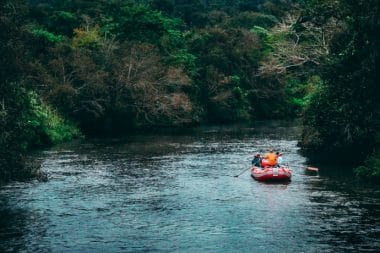 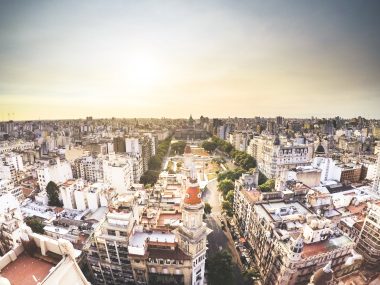 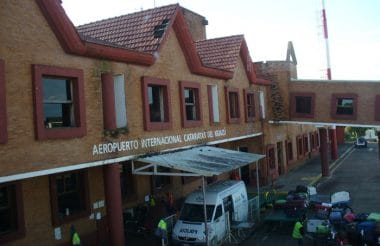