Argentina is sought after by tourists for its wide range of activities and geographic diversity. From the wide Patagonian panoramas to the vast pampas , the South American country is a perfect place for nature lovers and explorers alike.

The Perito Moreno Glacier in Los Glaciares National Park, just outside the city of El Calafate in the southwest of the country, is notable for several reasons. One, it’s fascinating. Two, it is one of the few glaciers that grows instead of shrinking, expanding up to two meters a day; you can even see parts of the towering 60-meter glacier crash into the water while standing there. Third, it is also said to be home to the third largest freshwater reservoir in the world. More information for visitors here.

Fitz Roy is the mountain to do in Argentina. Surrounded by glacial lakes, the impressive peak of the Andes outside of El Chaltén , in southern Patagonia , is a must-see for nature lovers, photographers, climbers, hikers, and just about everyone else. More information here.

One of the seven natural wonders of the world, the Iguazú Falls in northern Argentina are located in the middle of a tropical jungle that links the country with Brazil. The falls, which are part of the churning Iguazú River, are located in the Iguazú National Park in Misiones, Argentina. Information for visitors here.

Nahuel Huapi National Park is a huge protected area in the Bariloche area of Patagonia, filled with lakes, wildlife, and a dormant volcano, Mount Tronador. The extensive reserve is a paradise for hikers and nature lovers alike. There are a number of mountain lodges , or rustic cabins, used by overnight hikers; here is a guide. After a few days in nature, head to the bustling city of Bariloche for a dose of civilization. The city is famous for its chocolate, craft beer, and excellent skiing.

In the Jujuy province of northern Argentina lies the dramatic Quebrada de Humahuaca , a gorge filled with colossal rock formations and dotted with indigenous Quechua villages. A UNESCO World Heritage Site, Quebrada de Humahuaca is part of an important trade route called the Inca Trail that dates back some 10,000 years. Read all about it here.

The Lighthouse at the End of the World

No, not the Jules Verne book. This lighthouse is in the southern tip of Argentina proverbially known as “the end of the world”. The lighthouse’s official name is Les Eclaireurs (“The Explorers” in French), and it can be reached by short boat rides from Ushuaia to enjoy its stunning views. More information here.

The picturesque city of Córdoba, located at the base of the Sierras Chicas mountains Suquía river, attracts tourists throughout the year, and many Argentine artists and nature lovers call it home. Famous for its Spanish colonialist architecture, the city boasts a vibrant cultural life. Here are some ideas for things to see and do while you’re there.

Valley of the moon

Synonymous with wine, the city of Mendoza is exuberant in many ways. A beautiful city dotted with Art Deco architecture and green plazas in north-central Argentina, tourists flock to the Mendoza Valley year-round to tour wineries, deepening their appreciation of Argentina’s historic wine culture. The best wineries in the country are here. If Mendoza is on your itinerary, don’t miss Zuccardi Winery, Dolium, Domaine St. Diego or Bodega Vistalba. They are all great.

Well, technically, the Marble Caves are in Chile, but they are so close to the Argentine border and so beautiful that they need to be included. Located on a lake that straddles the two countries, the caves were carved out of marble over thousands of years by water erosion, resulting in cathedral-like arches. Paddling through them is an otherworldly experience; Look at these pictures. The lake can be accessed from the Argentine side via Route 40, but you’ll have to formally cross the border into Chile to get to the caves. More information here.

All aboard the train to the end of the world! This gauge steam train in Tierra del Fuego offers impressive trips in the extreme south of the country. Train schedules and more information here.

Another UNESCO World Heritage Site, Talampaya National Park in La Rioja province offers everything from petroglyphs to condor sightings. The former can be seen in the Talampaya Canyon, the latter really anywhere in the large high desert reserve, which borders the Valle de la Luna. You can also see guanacos, maras and foxes. Keep an eye out for local flora in the park’s botanical garden. Talampaya National Park is huge, reportedly attracting 60,000 people a year, so plan your activities ahead of time.

The story goes that Walt Disney himself spent time in Bariloche’s wondrous myrtle forest to study Bambi , but there’s little evidence to actually back that up. Never mind though, the groves are certainly magical enough to have inspired the classic animated film. Located within the Nahuel Huapi National Park, the forest, officially known as Los Arrayanes National Park, is located just outside the town of Villa La Angostura on the Llao Llao peninsula, near Victoria Island. More information here.

Also known as the land of penguins, the Punta Tombo National Reserve has the largest colony of Magellanic penguins in the world. The best time to see them is after November. More information here.

Famous for sightings of the rare southern right whales and their calves (go in June), the Valdés Peninsula on the Argentine coast abounds in animal and marine life, home to elephant seals, penguins and sea lions. Located in the province of Chubut, the Península Valdés Wildlife Reserve has the deepest marshes in South America and attracts some 80,000 visitors a year. More information here. 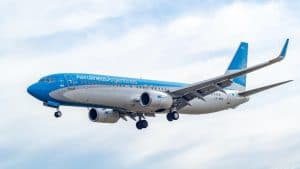 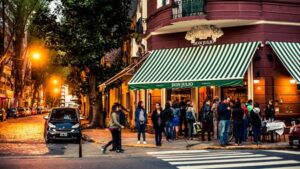 It is often noted that Buenos Aires feels like Europe in many ways. On the one 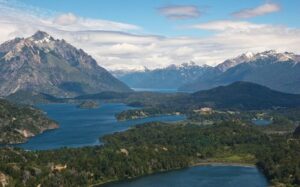 Forget diet when looking for Argentinian dishes to try. From the milanese to the alfajores, your